On official Beck's website Jeff confirrmed 2 exclusive shows at The Paramount, Huntington NY on the 16th and 17th of March.
Beck's band will feature Rhonda Smith on bass and Veronica Bellino on drums.
You can buy tickets on Jeff's website 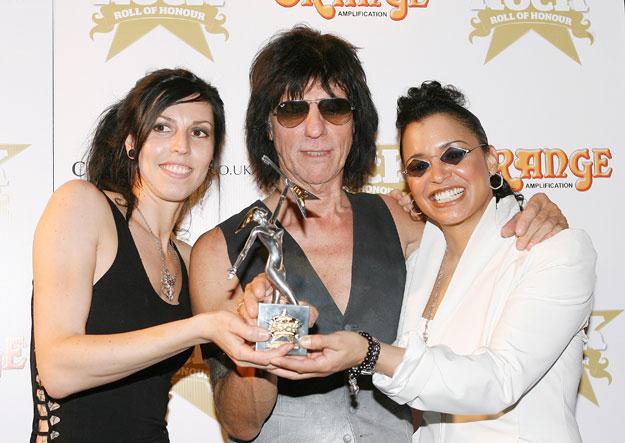 On Wednesday night (Nov. 9, 2011) Roger Taylor of Queen was there to present the Living Legend Award to Jeff Beck during the seventh annual Orange Amplification Classic Rock Roll of Honour ceremony.
For this special occasion Beck presented his new band, featuring bassist Rhonda Smith, who has been touring with Beck for the past two years, and a drummer Veronica Bellino, whom he discovered on Youtube.