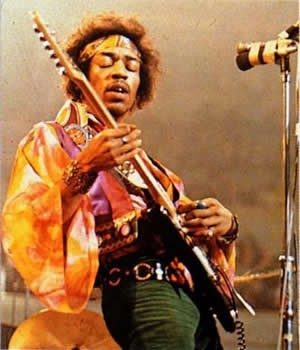 Rolling Stone magazine just announced a new list of 100 greatest guitarists of all time.
As each list (poll) of this type it can be controversial for many.
Legendary Jimi Hendrix topped the list followed by Eric Clapton and we think nobody's going to argue with it.


A big surprise for us is absense of Gary Moore (R.I.P.) on the list. We also miss Jeff Healey genius.
Distant position for Mark Knopfler, Muddy Waters, and Rory Gallagher - that's other unpleasant surprise.


And where are all today's heroes: Joe Satriani, Steve Vai, Yngwie Malmsteen. Joe Bonamassa, to name only few...