About 11 a.m. on September 18, 1970 Jimi Hendrix, the gratest guitarist in rock history, was found dead by his girlfriend, German figure skater and artist, Monika Dannemann, who had been dating Hendrix since they met following one of his concerts.
Day before Jimi spent the night at a party with friends, and later arrived at Monika's apartment at the Samarkand Hotel, Notting Hill, where they spent the rest of the evening together. 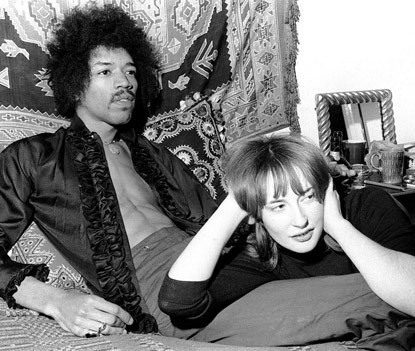 Eric Burdon of the Animals who had partied with JImi the night before was called first by Monika Dannemann next day. Initially he claimed that Hendrix’s death was a suicide due to a sad poem found written in his hand, but official report by the authorities revealed large quantities of red wine in his stomach and 9 Vesparax sleeping tablets.
However Hendrix was a chronic insomniac and rather should not have felt such disastrous effects from nine Vesparax pills. He was also found with a pack of 42 Vesperax in his pocket. If Hendrix was intent on self-termination, he would have taken all of the Vesperax.
Also Jimi Hendrix was not a drug addict; he did not die of a heroin overdose as was initially printed in some publications as the cause of death.
In spite of official findings, many have expressed a belief that Hendrix’s death happened very differently.
One versions of the story is suggestion that those in the ambulance did not properly attend to Hendrix. Other believe in theory that Hendrix was killed by Dannemann (a scarf was wrapped tightly around his neck when he was placed on the ambulance), and next is that his manager killed him because Hendrix sought to terminate his contract.

If you'd like to learn more about rumours and fabrications surrounded JImi's demise in 1970 watch this exclusive documentary explored the last 24 hours in the life of Jimi Hendrix.

Whatever happend on September 18, it does not change the fact that he wa and still is one of the most influential and revered individuals in the history of rock music.

Hendrix was mourned at his Seattle funeral on October 1, 1970. Jimi's family had requested a private funeral for friends and family only. One of those who attented funeral was the great trumpeter Miles Davis. 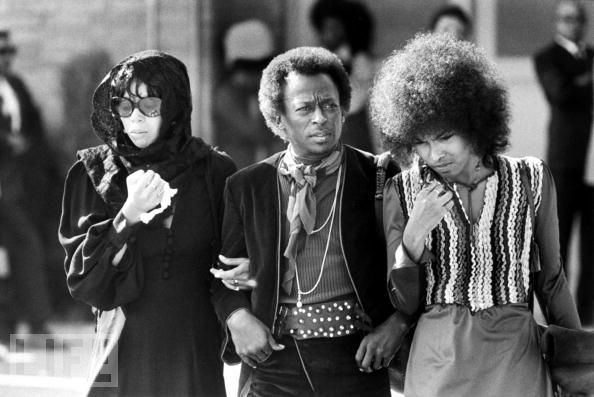