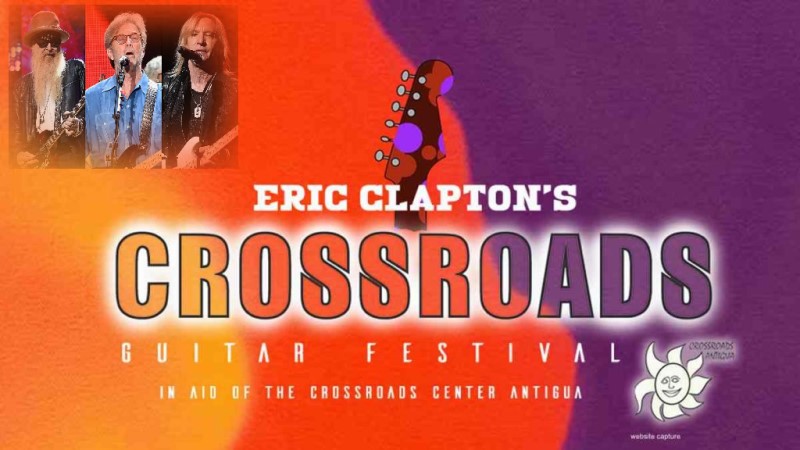 The fifth edition of Crossroads Guitar Festival has been announced by Eric Clapton.
This special event will took place at the American Airlines Center in Dallas from September 20-21. The festival will gather together an impressive list of rock/blues great guitarists for two nights of music to benefit the Crossroads Centre, a drug treatment center in Antigua founded by Clapton.

The Guitar Center Festival Village will be open from 12pm to 8pm each day on Victory Plaza ,where Ernie Ball, Fender, Gibson, Martin, PRS and more will host interactive exhibits for guitar enthusiasts with option to plug in and play new and classic products.

For more information on the Crossroads Guitar Festival, signup for updates on crossroadsguitarfestival.com.