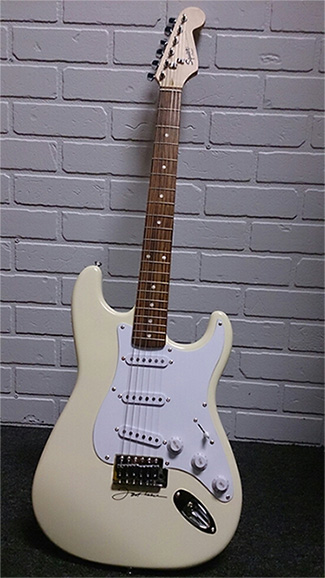 Inducted into the Rock and Roll Hall of Fame as a solo artist in 2009, and as a member of The Yardbirds in 1992, seven-time Grammy Award winner, Jeff Beck is one of the most influential guitarists in the history of rock music. Jeff is ranked currently #5 in Rolling Stone's list of the "100 Greatest Guitarists of All Time".

Contest ends Monday, March 3, 2014.
Submit your entry by for your chance to win!