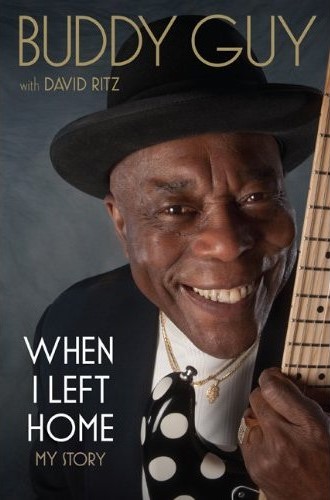 Buddy Guy has announced on his website a new autobiography written with help of David Ritz.
The book is to be published on May 8th by Da Capo Books.
It's available to preorder at Amazon, Barnes & Noble or IndieBound.

Buddy is the living legend of Chicago blues, by many considered to be the greatest blues guitarist of all time.
He was a sideman in the bands of Muddy Waters and Howlin’ Wolf before he became a recording star in his own right in the sixties. He influenced such great artists and bands as Eric Clapton, Jeff Beck and the Rolling Stones, among many others.

He's ranked 23rd in latest Rolling Stone magazine's list of the "100 Greatest Guitarists of All Time". Buddy Guy has been called the bridge between the blues and rock and roll.

There are many exciting video performances of Buddy Guy on Veojam.com and short biography as well.
You can find it all here.