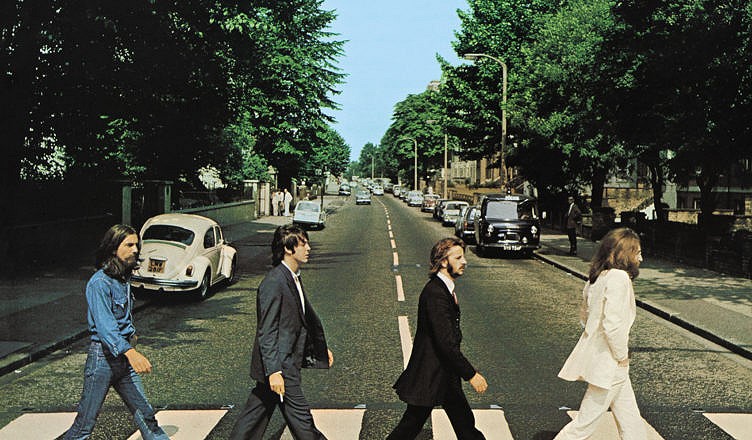 The eleventh studio album by the Beatles, released on 26 September 1969 by Apple Records celebrates 50 years from first release.

Abbey Road recording sessions were the last in which all four Beatles recorded together. The first sessions for Abbey Road began on 22 February 1969. On May 6, the group took an eight-week break before recommencing on 2 July. Session continued through July and August and the last backing track, for "Because", being taped on 1 August.

In 1973, John Lennon was sued because the opening line of 'Come Together' was very similar to a line from Chuck Berry's 'You Can't Catch Me.'

Abbey Road was a busy thoroughfare, Scottish photographer Iain Macmillan had a short time to get his shot on his camera. A policeman halted the traffic and Macmillan got famous shot with all four musicians marching boldly across the road.

Considered as the best album's song, "Something" written by George Harrison, was his first of song to become a Beatles A side. Frank Sinatra famously called 'Something' “the greatest love song of the past 50 years”

Abbey Road sold 4 million copies in its first 2 months of release. In the United Kingdom, the album debut at number 1, where it stayed for 11 weeks before being displaced for a week by the Rolling Stones’ Let It Bleed.

Abbey Road 50th Anniversary album is available to buy in most of digital stores including Deluxe Vinyl Edition.

EDIT
After 50 years Abbey Road has reached the top of the UK album charts for the second time.